Merge a few days of segements, takes about one day, sometimes not successful。

2、druid.coordinator.merge.on=true ，Use automatic merge task, the task is not executed？ 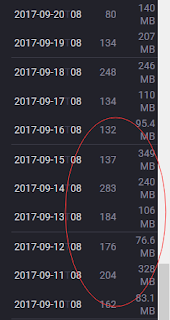 The automatic merge tasks controlled by “druid.coordinator.merge.on=true” don’t work on the segments generated by the Kafka indexing service, the docs mention the reason for that in the last section: “Note that the Merge Task and Append Task described here will not work as they require unsharded segments while Kafka indexing tasks always generated sharded segments.” (http://druid.io/docs/latest/development/extensions-core/kafka-ingestion.html)