Each 5 minutes I receive around 20 mil of data points having 1 metric and 2 dimesions. I get the data in real-time from Kafka. Metric itself are delta values (traffic counter delta, for example).

End goal is to have 1 datapoint per 6 hours with ability to calculate p95 on values along ide with min and max.

I have compaction rule set as well to produce hashed partition type with 1 shard to really get in the end 1 segment with 1 data point per 6 hours. 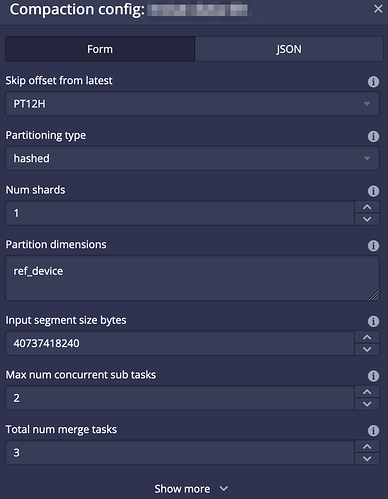 So I have basically 3 question:

I would like to know if there is an option to achieve it using real-time ingestion instead of “reindex from Druid” option.