Re: [druid-user] Re: How to store and query array of key value pairs?

I don’t know that that functionality is built-in. There are lookup tables and now “experimental” indexed tables, but they’re for smaller lookup type of functionality. Probably not good for arbitrary keys, as you describe.

You might be able to make something like it using multivalued dimensions and MVD functions like MV_OFFSET_OF and MV_OFFSET to extract the value that follows the key. (If so, though, be aware of the behaviors of MVDs in GROUP BY queries, it may be counterintuitive in some cases.)

I thought they’d been around for a while. Did you capitalize? It has to be, eg, MV_OFFSET, not mv_offset. I don’t have 0.19 running right now, but I could check tomorrow if you still have problems. 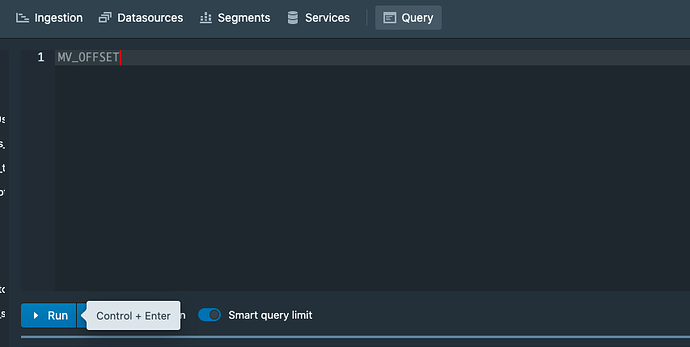