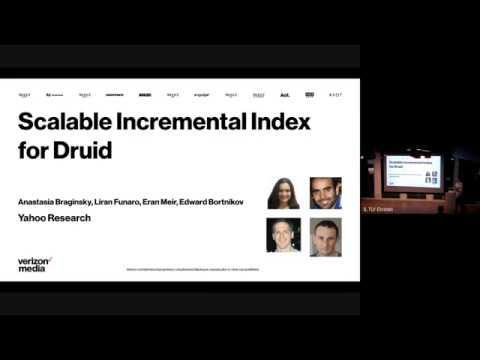 Ingestion and queries of real-time data in Druid are performed by a core software component named Incremental Index (I^2).
I^2’s scalability is paramount to the speed of the ingested data becoming queryable as well as to the operational efficiency of the Druid cluster.
The current I^2 Implementation is based on the traditional ordered JDK key-value (KV-)map.
We present an experimental I^2 implementation that is based on a novel data structure named OakMap - a scalable thread-safe off-heap KV-map for Big Data applications in Java.
With OakMap, I^2 can ingest data at almost 2x speed while using 30% less RAM.